Not many legal specialists get trained to lead teams of people in all kinds of situations, handle weapons and develop problem-solving, adventure and outdoor skills. As a Legal Officer, your career can vary greatly depending on what appointment you hold, but you could find yourself working in areas such as Military law, military and civilian employment law or human rights and privacy law.

Legal Advisors (LEGADs) in the New Zealand Defence Force work in what could be best described as a ‘Specialised General Practice. As a Military Legal Advisor, your career can vary greatly depending on what appointment you hold, but the principal areas in which you may practice are:

From time to time you will be required to appear for the Crown in the Court Martial of New Zealand or other courts and tribunals, such as the Summary Appeal Court of New Zealand or a coroner’s inquest. There are periodic opportunities for exchanges with military lawyers in Australia, Canada and the UK, as well as occasional overseas training opportunities in areas such as the law of armed conflict.

The majority of your career as a Legal Advisor will be spent in a tri-service environment. This means that Legal Officers often spend their careers at various defence establishments and your work colleagues can be Army, Navy, Air Force and Civilian.

Officers of the Directorate of Legal Services may be required to prosecute from time to time at the Court Martial of New Zealand, appear on behalf of the Chief of Defence Force in the Court Martial Appeal Court, formulate and implement policy on legal matters and assist with training the Armed Forces in Armed Forces law.

LEGADs may deploy in a variety of roles, including as an advisor to a New Zealand commander for a specific mission, or as part of an international headquarters, such as ISAF. LEGADs are expected to be able to prepare and advise their commanders on all relevant legal matters that may arise during the deployment including.

Following successful completion of the Specialist Officer Induction Course (SOIC), you will typically be promoted to Lieutenant and posted to one of the Defence Force’s legal offices for on the job training as a military lawyer. These offices are currently located in Auckland, Waiouru, Palmerston North, Wellington and Burnham. You can expect to be posted to other junior appointments in other Defence Force establishments in the early stages of your career. You will be promoted to Captain upon completion of all relevant courses and necessary time in rank. There may be opportunities for operational deployments around the world, and exchanges with other Military Forces including in the UK, Canada and Australia.

The training will be split into three modules and attendance at Modules One, Two and Three is required for all Regular Force Officer Cadets. Reserve Force Special List Officer Cadets must attend Modules One and Three; this can be in the same year or in consecutive years.

As a junior LEGAD specialist training is provided as appropriate on an ongoing basis, most of which is conducted in-house. Throughout your career you will have the opportunity to attend specific military law courses and exercises within New Zealand and overseas. You will be encouraged to pursue relevant postgraduate study opportunities.

All LEGAD's are encouraged to undertake additional NZDF courses to enhance their general Service and military skills and therefore their deployability.

You must have obtained an LLB with a B+ average.

It is preferable for LEGAD’s to have some form of post admission experience (preferably two years) within a civilian law firm.

A good understanding of criminal justice and procedure, and public law would be expected.

LEGAD's advise commanders on legalities of intended courses of action and management of areas of risk. So potential LEGAD's need to have the following:

If you are required to attend a Professional Legal Studies course, for the purpose of obtaining admission as a Barrister and Solicitor of the High Court, you will incur a return of service for two years upon completion. 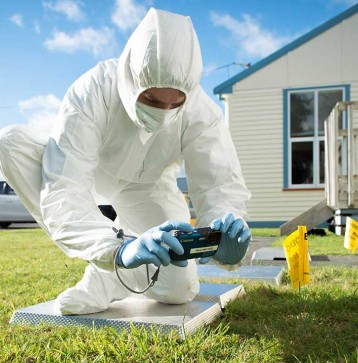 Army | Engineering and Technical Trades
Back to top