In the heart of the action, you will provide the indirect fire support for the NZ Army as part of a team operating the 105mm light gun. For future intakes, you will join the Army as a Combat Specialist and operate in a range of different environments. You will be introduced to the strategy and skills for combat, before branching into Gunner, Infantry or an Armoured soldier towards the end of basic training.

As a Gunner you will become a soldier within the Royal Regiment of the New Zealand Artillery (RNZA), a Corps with a long and proud history.

You will be part of the Unit that provides and directs a wide range of fire support for our Defence Force. In the Artillery you not only have the opportunity to operate the L119 Light Gun and L16 Mortar, our large calibre indirect fire weapons that support combat operations, but you could also direct fire support from helicopters, aircraft and naval vessels.

You will train in the combat and technical skills required to deliver direct and indirect fire, which we call ‘Offensive Support’. This means more than just firing artillery barrages to suppress a threat – it means protecting the force, coordinating military fire-power, gathering information, illuminating the battlefield, and identifying targets.

The L119 Light Gun is a sophisticated and complex weapon system. You could be a part of a highly skilled, tight-knit gun detachment consisting of seven personnel that can be transported a number of ways, including in the in service operational vehicle of a medium lift helicopter. The L16 Mortar is a lightweight man-portable weapon system, requiring you to operate in small teams under tactical conditions, either with a vehicle, on foot or infiltrated by helicopter.

Another stream within the Gunner trade you can take is the Command Systems Operator. This where you will be part of a team, who are located close to the weapon systems, receiving and predicting radio and digital target information using specialist equipment to compute the data. This information is then transmitted to the guns and mortars ensuring they provide accurate fire on the correct target at the correct time.

Alternatively, you can train within the Targeting stream. This stream of the Gunner trade operates in a small team environment of six personnel that are usually located with the forward most Infantry elements; finding, observing and directing artillery fire onto a target via radio and digital communication suites.

Whilst in camp you will conduct training, routine equipment maintenance and other unit tasks. Your training will cover soldiering, weapons, tactics, communications, leadership and driving. Being a Gunner is a physically demanding role so expect to continue to develop your physical fitness, and there are regular opportunities to play sport.

Within the Gunner trade you will specialise in weapons, targeting or command systems. Your tasks will vary from loading and firing the L119, driving LOVs to tactically manoeuvre your weapon detachment, using specialist equipment to compute firing data, using specialist equipment to gather meteorological data, or setting up observation posts and calling in fire from land, air and naval weapon systems.

You can expect to train extensively in New Zealand, and we conduct overseas training exercises with our allied militaries in Australia, Canada, Malaysia, Singapore, UK and USA.

Gunners are deployed overseas whenever the need arises, if not in a purely artillery role, then in infantry and liaison type roles where you can still put your artillery skills to good use. There is also potential to be deployed in support of humanitarian or disaster relief operations both here in New Zealand or around the Pacific.

Over the last 20 years Gunners have deployed on operations in Bosnia, East Timor, Egypt, Afghanistan, and the Solomon Islands. Tasks can range from establishing and maintaining cordons in a civil defence situation, such as the recent Christchurch earthquakes, to conducting force protection patrols or calling in air support in high-threat environments, such as in Afghanistan.

Once we get into position the guns will come into action which means they’re ready to fire. 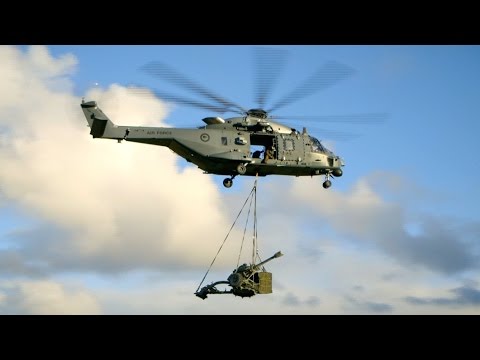 As you progress in your career you will cross train within the weapons, command systems and targeting specialisations, so expect to develop into a leader with a strong knowledge of indirect fire support.

As you successfully complete your trade courses and gain experience, you’ll progress into leadership roles such as:

Upon successful enlistment into the Army you will be posted to Waiouru Army base. Here you will do 16 weeks of basic military training to find out if you have what it takes to be in the Army, and learn various subjects including:

Towards the end of this course, you will branch into the Gunner, Infantry, or Armoured trade, depending on the best match for your skills, personal preference and spaces available.

This course introduces the knowledge, skills and attitudes needed to be employed within an Offensive Support Battery. This course is both physically and mentally challenging. It covers the essential basic trade competencies for Artillery (Gunner) so that you can function within an operational unit. You will then receive specific trade training within either of the three streams of the Gunner Trade model.

You will continue to improve your physical fitness and learn combat first aid and casualty evacuation, navigation, and how to operate military communications equipment.

This is usually the first specialist course you will complete. You will be taught the necessary skills to perform as Gunner employed in a Weapons role, which includes being able to:

During this course you will be taught the basics of gunnery, ballistics, and how to competently perform a Command Systems role, which includes being able to: 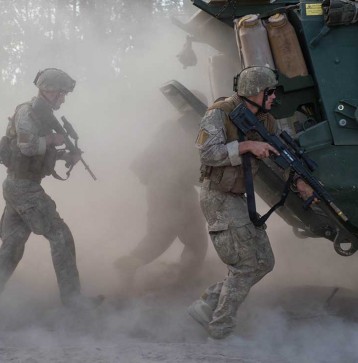 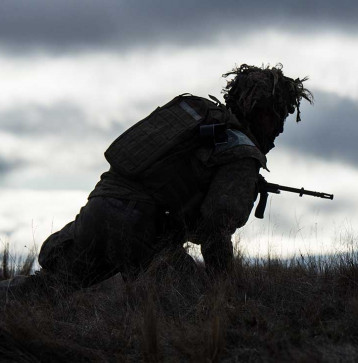 Army | Combat
Back to top